3, 2, 1, Blastoff! January 5, 2019 marked the start of build season, and was also the day of kickoff. The Bird Brains started off the morning with the FIRST broadcast, releasing the new game, “Destination: Deep Space.” After reviewing the game manual, the Bird Brains played a fun round of Kahoot to test members’ knowledge of the rules and began strategizing potential robot designs. The week following kickoff was busy, yet productive for the Bird Brains. On the ST side, programming worked on developing the robot code for the drive base. CAD finalized the drive base on the robot and sent out parts for manufacturing at the end of the week. Strategy was hard at work developing our Scouting App which will gather match data during competitions. Fabrication built field elements for the game, such as the platforms, rocket and human player station which we will later use to practice with. Meanwhile, Electronics reviewed basic control concepts to prepare members for the following week. On the other side of the team, IR started on content for the Chairman’s binder, essays, and presentation script. Media Productions filmed and edited vlogs and the STEAM Showcase, documenting different STEAM programs. If you’d like to stop by the shop to talk and see us working we’re here 5-8 every weeknight except Thursdays and 1-8 on Saturdays. It has been an extremely busy and productive first week for the Bird Brains and we’re excited for the rest of build season. 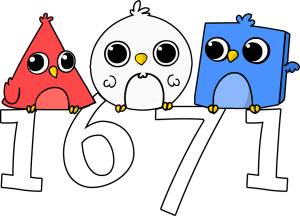